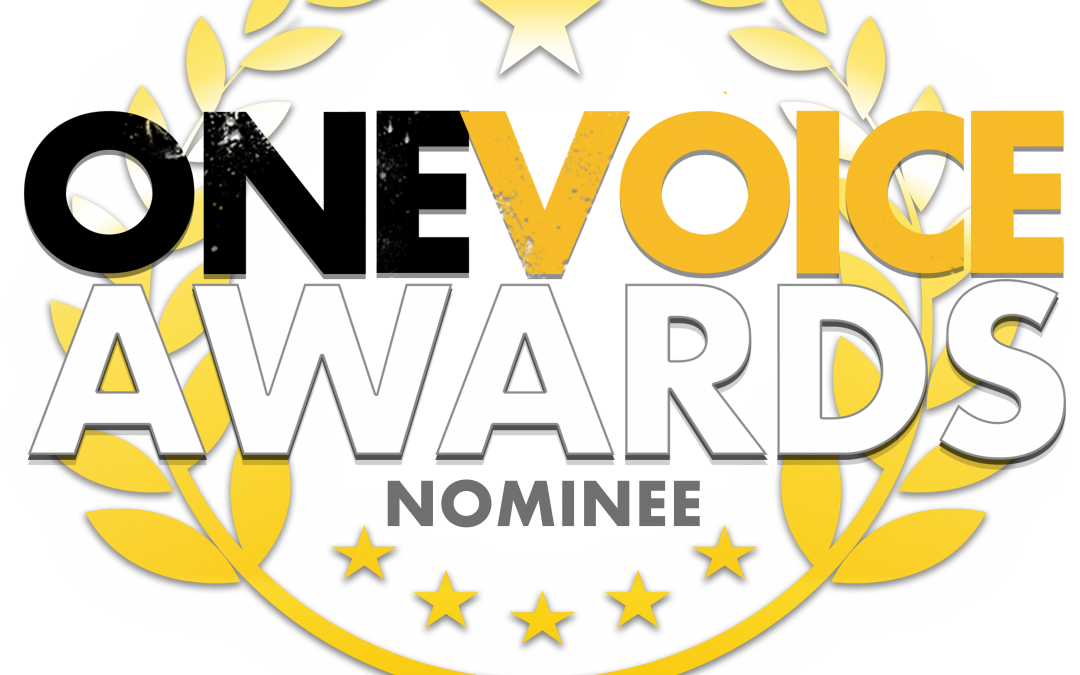 I’ve been shortlisted for the Female Voiceover Artist of the Year Award at this year’s One Voice Awards. I am over the moon!

Wow! What an honour. And it doesn’t stop with the Female Voiceover Artist of the year. I’ve also been nominated for the Best Overall Performance in the Corporate/Explainer Category and the Best Female Radio Drama Performance.

I’m utterly thrilled as you can imagine. It’s been a super busy year for Claire Wyatt Voiceover and I’m so pleased my hard work, and the great work my lovely clients have given me, is getting some recognition. Ooooo, it was hard to know what to submit for this category. I’ve been involved in so many great projects. But I settled on the short explainer I voiced for Birla Carbon.

My work for Big Finish has been recognised in this category. Specifically the performance I gave in The Ninth Doctor Chronicles, The Bleeding Heart. It was great fun to do and, for once, I didn’t play an alien!  Plus it was directed by the wonderful Helen Goldwyn who is also nominated for her terrific acting work.

You can read more about some of my other Doctor Who adventures below and listen to my reels and samples here.

The versatile voice of radio drama

The awards are part of the One Voice Conference created by Gravy for the Brain. They say “The One Voice Conference is a brand-new concept, aimed at all levels of Voiceover Professional; from Beginner to Expert – everyone is catered for – all 300 delegates! One Voice is the only voice acting conference you’ll ever need to attend. Our goal is to take the voiceover industry forward and create a new standard of voice acting conference. Everyone is invited because each and every one of us works, plays a part, or simply loves the world of voiceover.”

A full list of all the categories and nominees is available and the event takes place in the DoubleTree by Hilton, Docklands hotel on 28th April 2018. This black-tie event will feature a 3-course dinner, drinks and a wonderful awards show, located by the Thames river.

I’ll be there in my best frock!