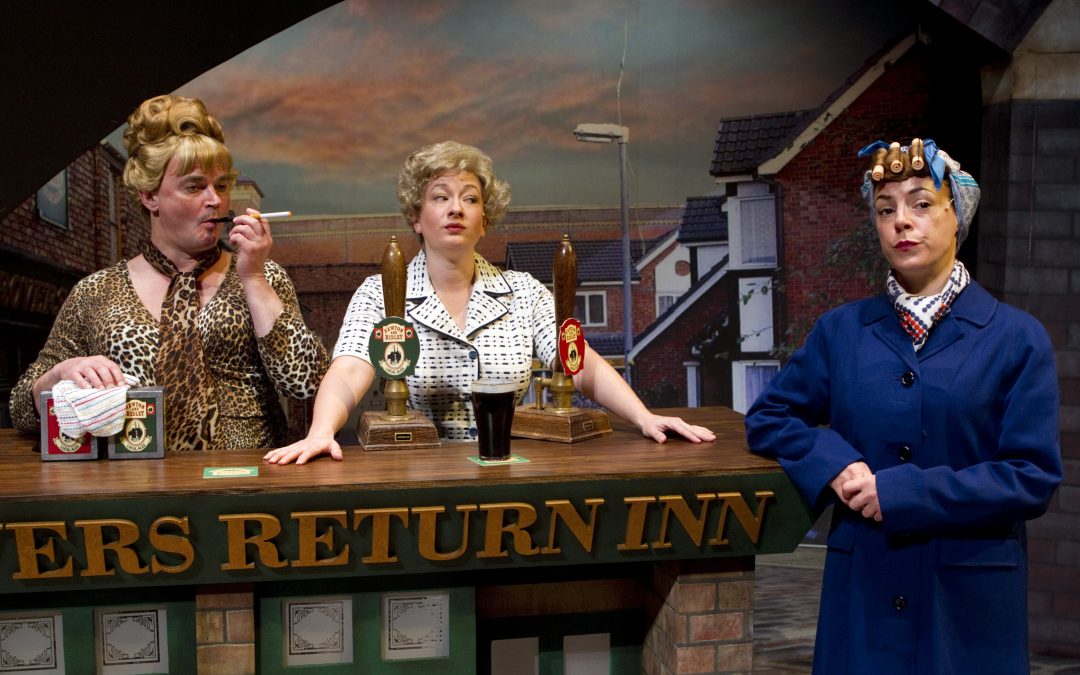 Over the years I’ve taken on many characters and impersonations. The bulk of my voiceover work uses my natural voice, so when these jobs come up I relish the challenge.

As an actor I gained a reputation as the go-to person for playing multiple roles in one show. In fact, I’ve rarely ever been in a show where I only play one character! It requires an active imagination, an ability to manipulate your body, a willingness to make a fool of yourself and, of course, a great ear for accents and vocal character.

And it’s not just inventing characters. I’ve had to impersonate real people too. It takes a lot of listening and playing around before you find all the elements that make up someones voice. Are they breathy, nasal or shrill? What pitch and speed do they talk at? Is there a defect or impediment? What shapes do they make with their mouths and faces to form the sounds? Detailed research and a lot of hard graft but I get there in the end.

Anne Hegarty from The Chaser

What’s great is that all my theatre training and experience is now bleeding into my voiceover work. A recent client found me via Google precisely because they needed a skilled voiceover artist who could also do impersonations. They needed someone to impersonate some people from the TV game show The Chaser as well as coming up with characters playing the game. It was a lot of fun. Sadly, I’m not allowed to share the content so I’ll have to leave it to your imagination. But they did share the avatars with me.

Jenny Ryan from The Chaser

My many acting roles

Here’s just a selection of some of the shows I’ve done where I’ve had to take on characters and do impersonations:

“Claire Wyatt is an instantly recognisable Elsie Tanner, her Vera Duckworth pairs well with Lailey’s Jack, but the audience’s hearts almost audibly go out to her Hayley and Sangster’s Roy Cropper.” Theatre Review

I also use my character skills for radio commercials too. And of course there’s Halloween and the Xmas season approaching!

Don’t forget to get in touch if you’d like to find out more.